Get fresh music recommendations delivered to your inbox every Friday.
We've updated our Terms of Use. You can review the changes here.

a world without music 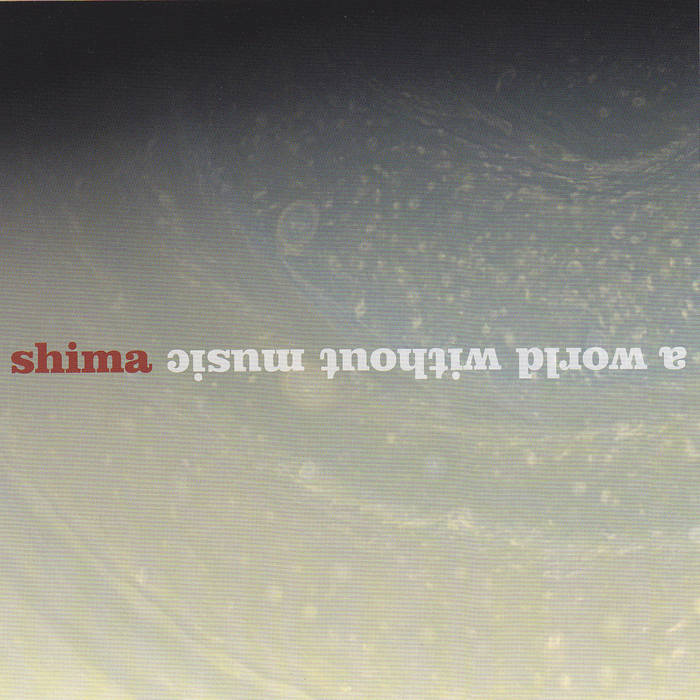 REVIEWS
SHIMA: A World Without Music

BEAUTMUSEMUSIC/MOVIESREVIEWS
Shima – World Without Music (Independent) CD REVIEW
A World Without Music is the fourth Shima album, and it easily eclipses its predecessors. The discs I was most familiar with, Not Quite The 21st Century (1999) and Tender Loving Rage (2002) were good, solid one-man-alone-at-keyboards affairs, but nothing to get hung about. His latest, on the other hand, is pretty terrific.
Ferriss hasn’t bowed down to the winds of change, and pleasingly, World Without Music mostly harks back to the glory days of synthesiser music, the 1970s, with a clear line of influence coming from Eno, the space-synth world of Tangerine Dream, and Kraut rock. His aesthetic isn’t so specific that he’s eliminated all digital doo-dads from his rack; that would be pure snobbery, and would ultimately have robbed him of the wide-screen, HD impact of the recording, which captures the sounds in a way that they never managed in the era it echoes.
World Without Music deserves a good hi-fi, and it sounds fantastic on my Martin Logan hybrid electrostatics, which give pinpoint accuracy to the astonishing stereo imaging.
But what’s involving, and seductive, about the album is that it doesn’t go all soft on us. He uses dissonance, but with a subtlety that increases our emotional involvement, and gives the soundscapes a slight air of, if not menace, then at least doubt, that was never the case with those ‘80s synth guys and their new age concoctions.
He’s gone for some genuinely odd, arresting rhythms, some interestingly saturated synth chordings, and where it works for him, he’s used absence to his advantage; on ‘Careless Flight’, for instance, it’s piano and faint (shortwave?) transmissions that project an indeterminate but effective minimalism.
This time, Ferriss has employed the services of a couple of spare dab hands (playing guitar, clarinet and djembe) and there’s even a hint of vocal on ‘Magnetism’. What this does is give it a colouristic, semi-acoustic character just when you’re starting to get overloaded with twitching electronics.
In fact, this long album gets further out in space over its duration. ‘A Thousand Eggs’ is as abstract as it gets, but is given a lovely contrast in the relaxed, ruminative ‘Perfect You’. The last track, ‘23:24′, is impressively trippy, like waking up and not knowing if you’re still dreaming and not knowing whether the experience you’re having is pleasant, or otherwise.
Ferriss can be proud of his achievement with World Without Music, an album that still appears to have fallen beneath the radar of conventional media outlets, but is well worth hearing. GARY STEEL
Music = 4
Sound = 4.5

Instrumentals that are dark and pensive. Very lonely. Almost an apocalyptic ambience but not in a violent way, quite the opposite, with highly delicate moments such as the piano driven 'Careless Flight'. This is cinematic music that would very much suit as a backdrop or soundtrack to the right film or pictures, the album's title and planetary landscapes very much suiting the sound. Echoes of Massive Attack can be heard but only as a very loose ballpark reference, this music is very unusual to say the least. The phrasing and tones of the keys, guitars and synths mix, blend and clash simultaneously. If you're into instrumental music, scores and soundtracks then seek this one out.
Brent Strathdee, Rip It Up

****1/2 [out of 5]
Space, the final frontier. Auckland-based electronica artist Michael Ferriss aka Shima may not be Captain Kirk of the star ship Enterprise but he does dare to go, musically, where few have gone before. There are a few, to these ears, obvious reference points in his digital and analogue synthesiser explorations with the occasional “real world” sounds – the early ethno ambient work of Rapoon, the occasionally nod to Mogwai’s guitar warped walls of sound (Kursk), the crystalline stillness, minus the gothic influences of Vidna Obama (Careless Flight) and even a nod to one of the godfathers of electronic music, John Michael Jarre (A Thousand Eggs). Ultimately though, within A World Without Music, Shima is his own pioneer.
Mike Alexander, Sunday Star Times 18.03.2012

Auckland’s Shima is part of the current wave of the electronic drone sound that seems to be everywhere at the moment, although he’s been releasing music as Shima well before the current scene exploded. ‘A World Without Music’ is his fourth album since 1999 and plays almost like a movie soundtrack, which isn’t so surprising, as his music has previously been used in films and documentaries. The album starts out with a deep atonal drone that seems to build in intensity until it almost feels like your head might explode, before settling back into a more atmospheric and mellow sound. At times there are glimpses of Trent Reznor’s soundtrack work, and also moments where the album descends into similar territory to Howard Shore’s Naked Lunch soundtrack. While largely created on analogue and digital synthesisers, there is some live instrumentation, with guitars, clarinet and djembe all used to good effect. It’s not an easy album to listen to in its entirety, and certainly not music you’d sit down to relax to, but there are some great tracks here. The Last Half-Circle stands out and shows Shima’s talent for crafting interesting music.
Alistar Wickens, NZ Musician
April/May 2012

all tracks by shima
all instruments shima except
john pitcairn: guitar on tracks 7&8
clarinet on track 10
mastering and
graphic design by opus locus
cassini images courtesy of NASA/JPL/SSI, thanks to the CICLOPS imaging team, ciclops.org

"...art does not surpass nature but perfects it; therefore, when nature is mixed with art and art with nature, the result is the perfect poet." Miguel de Cervantes

Bandcamp Daily  your guide to the world of Bandcamp

Alex Rita and Errol from Touching Bass feature in our special London edition of the Bandcamp Weekly.